Fog: The state of diminished sight which the earth and her creatures, including humans, enter during damp, cool moods of weather. For humans indigenous to the earth it is not that they do not see clearly in fog because fine water droplets fill the air between them and the object they have their eyes set upon but that the unified space that is them and that object is obscured by a secondary, separating form of energy that demands that both object and observer enter it and are diminished by it. On exposed objects, this fog energy manifests itself as water. In this form, it is condensed  (which is to say thickened), and often presents an opening for a secondary energy: increased cold. People exposed to it for long periods are at great risk of catching this cold and being transformed into its energy as well. Fog energy, and even the water that is attracted to it and the cold that enters into communion with it through that doorway of water, can, however, be burnt off by the sun and the clear sight that it manifests itself as in human form. 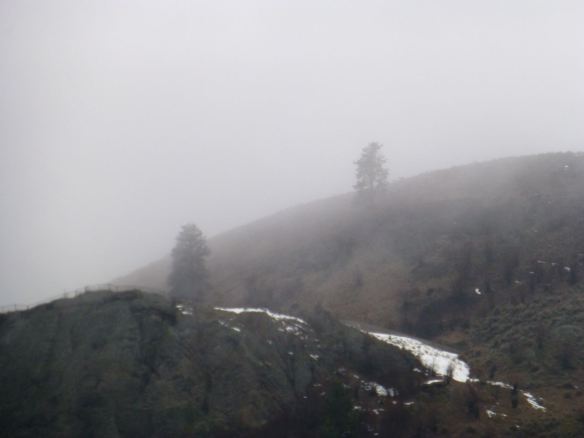