Wall: a socially-relativising term that separates people into groups; a wall is either a vertical barrier at the exterior of a place of habitation, both natural (such as the Olympic Mountains below) and man-made (such as the U.S. Coast Guard patrol vessel running along the U.S.-Canadian Border in the middle of the Strait of Juan de Fuca below.) In the former case, there can be natural passes; in the latter, there can be doors, openings or gateways, which allow passage. In both cases, pass and passage take on the form of England’s French colonizers of 1066: they are passages into the living space, not out of it. A passage out is a break, which allows a break-out.  Should a break-in occur, the people who have breached the wall are known as invaders. It is not possible to be an outvader. One is cast out, and becomes an outcast instead. 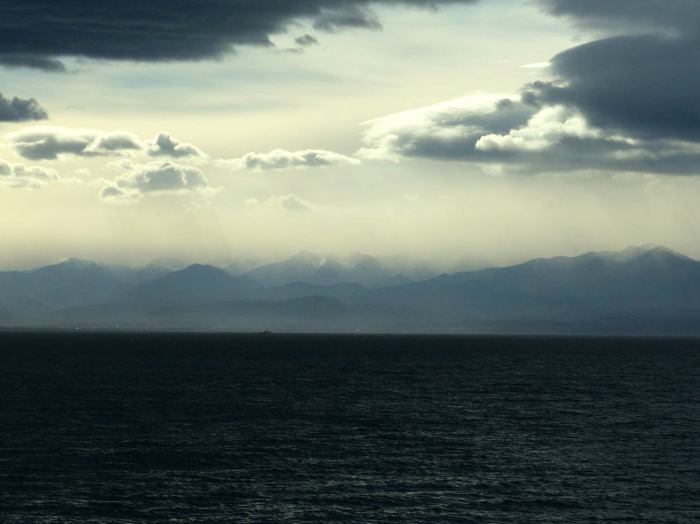