Cold: A state of dense energy. In traditional societies in Central Europe, the human subconscious was viewed as the rock of the earth; coal miners often encountered demons and dwarves in the tunnels they dug in the earth. Such living cold is contagious. Once released from bondage with stone, these creatures haunted the miners’ dreams, in the sense of haunting as “being at home.” It is natural that the creatures would adhere to the miners’s lives in this way. They had, after all, hewed the coal from living rock; when lit with a match, this rock (coal) burns and releases its life, just as ice melted under the heat of the sun releases the living energy of a brook. In short, when heated, cold becomes more simply organized substance, in ash (out of coal), for instance, or water (out of ice); it holds to no fixed shape but flows with the energy within it. It is alive. When cold reclaims it and the living energy leaves it, it has not diminished in either energy or potential but has changed form.The absorption of heat energy turns cold matter into life and the extinguishing of life turns matter back into cold.

Oh, look, now I’ve gone and caught a cold. It will be the death of me. 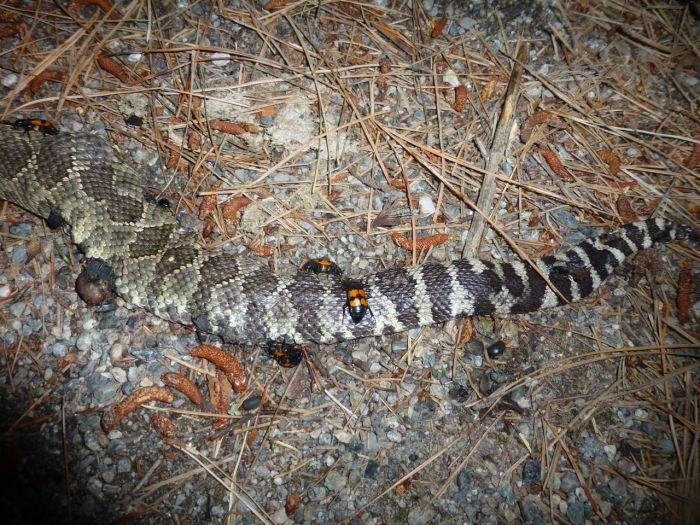 About to be transformed into beetle larvae, and eventually new beetles, too. The beetles are heat miners. Look at them go!