Step: the action of moving in rhythmic intervals, each of which ends with a firm, deliberate act of grounding. It is a form of balance that completes itself before transferring its energy to its next incarnation, rather than, say, a skip, a walk or a run, in which energy is not grounded but moves through the space of delayed groundings. A similar form of energy is a stoop, in which the entire body lowers towards the stepping action of the feet in order to move across a threshold. 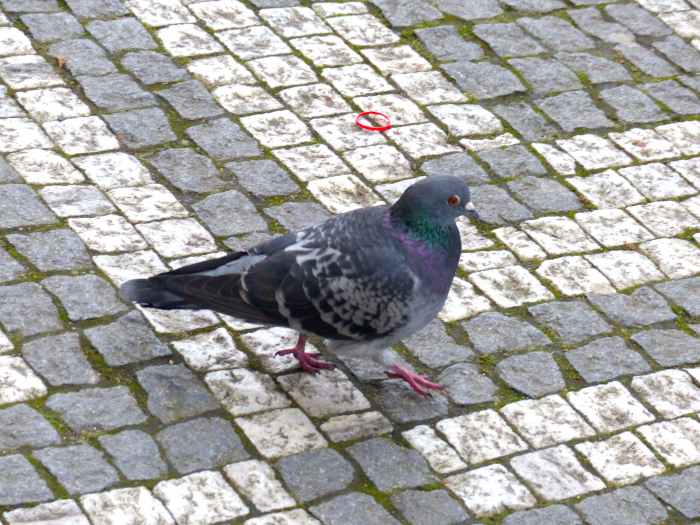 Pigeon Stepping Out in Prague