Ring: The binding power of a line without beginning or end, representing the will in its largest sense and naming the edge of a body, including a fire, a spiritual space, the earth, the horizon, and a band around a finger. The image below shows an old fire ring, obviously largely ceremonial, on a savannah in the Cariboo region of British Columbia, Canada. All humans live within rings. Along with lines and strings, they are among our oldest languages. Notice how this ring is opened to allow what it has bound to escape. The stones have been carried here, from lower down on the esker, where gravity has laid them in a line of energy. 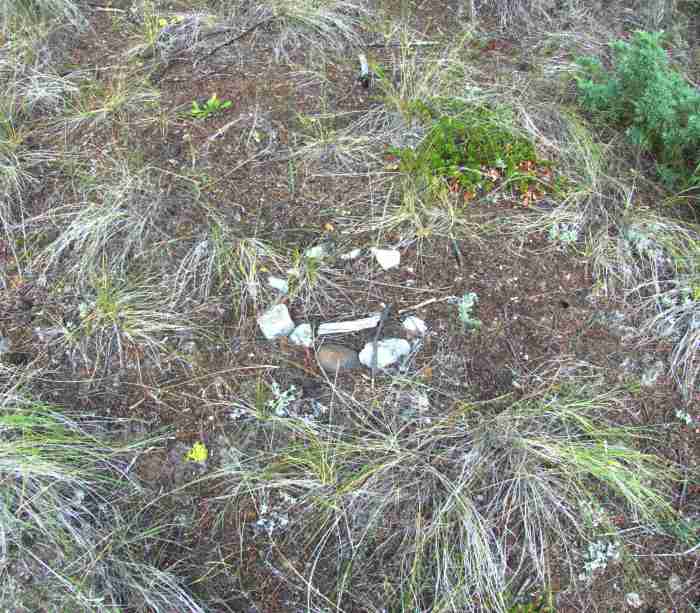