Sting: the action of concentrating life energy into a sharp point and transferring it from there, usually by an insect; to say an insect “stings” is to say that the insect has opened a hole in the spiritual (or material — it is the same thing) skin of another being and transferred itself there; instead of a buzzing in the air and quick movement through flowers, it overwhelms, all at once (often with pain!) When a plant stings, the action is voiced more openly, with the pronunciation “stick.” In this case, the spiritual nature of this energy reveals itself as perennially active: the sharp plant (the stick) and the action of jabbing with it (to stick), or even the potential of such action (to stick up) are one. A further energy that flows from the concentration of energy into a point is the capacity of things “stuck” (such as a “stick” “stuck” into the mud) to stay in place. Tattooing, quilting, embroidering and sewing are translations and chanellings of this power into human social life. They record and hold in place sequences and patterns of stings in a way similar to the one in which the insect stings on the saskatoon berries below are not random but form exquisite patterns in all the gullies and north-facing slopes on the hills. (These stings only appear where spring melt, rain and temperature make them inevitable. They were made when these fruits were tiny and had not yet lost their petals. The maturing fruits carry them forward into summer as a “sting”, “a point which is stung”, or a sting, and which is transformed by the experience.) From there, comes the whole experience of being stung, which is to say being at the sharp end of a stick. Through this sting, natural energy has given form to much human social experience. 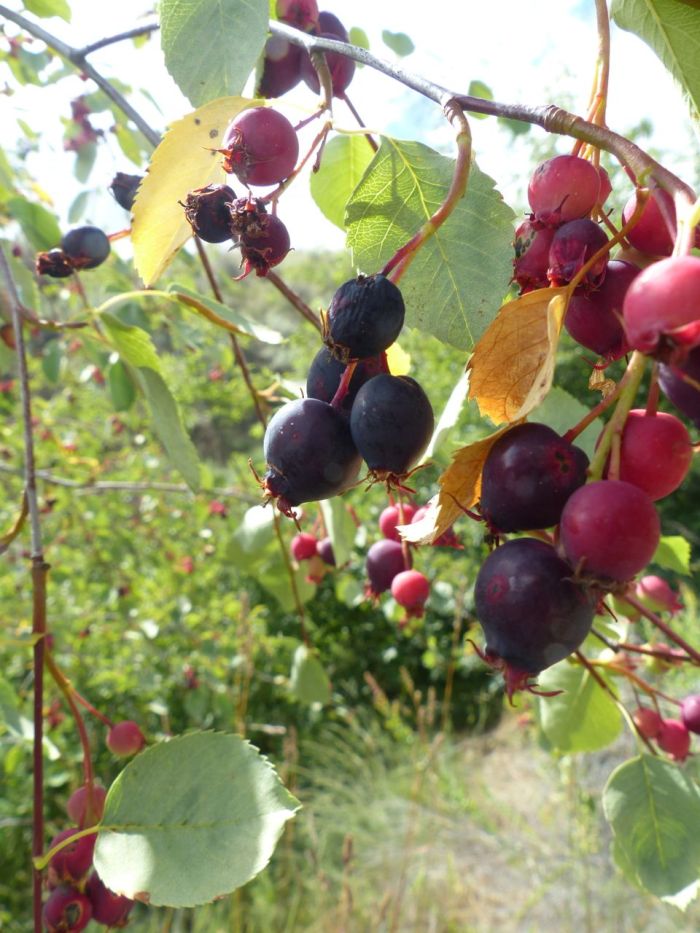